I found out that when when there’s a From_ line (means any line that begins with the characters F, r, o, m, space) in the attached message (headers) sendmail (on the receiving side) replaces that line with blank line - which can cause corruption of attached message if that blank line appears on some position.

Any idea how to best handle it on RT5 side to prevent possible corruption on reciever side? 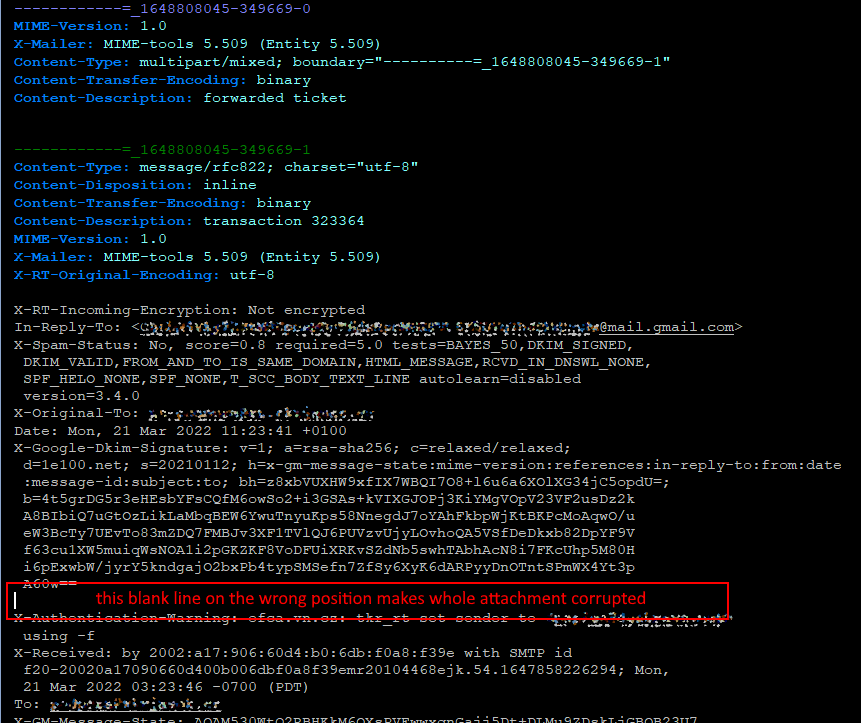